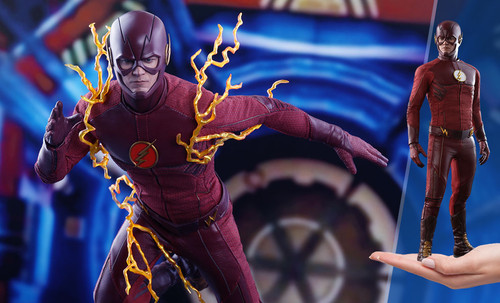 “My name is Barry Allen, and I’m the fastest man alive.”

Run, Barry, run. The Flash is sprinting back into popularity at unimaginable speeds thanks to the new television series! After being struck by lightning, the ordinary police investigator Barry Allen wakes up and discovered that he’s been granted the gift of superhuman speed. With the heart of a hero, he becomes The Flash to fight crime and protect the innocent from dastardly rogues.

He is faster than the speed of light! So be sure to pre-order the figure before it’s gone!