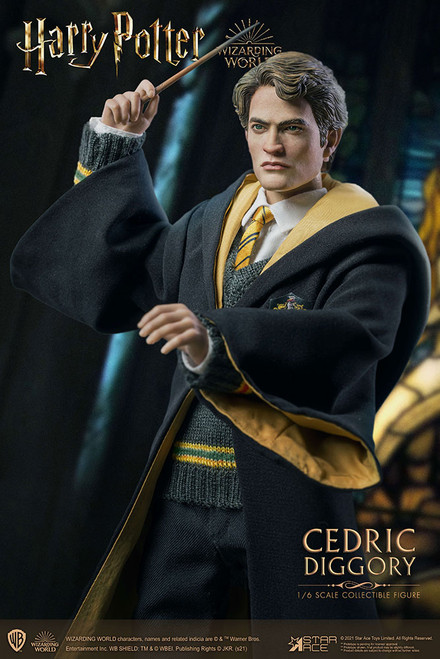 Cedric Diggory was the most handsome, the smartest, the most popular and the best Quidditch player at Hogwarts; and he was the favorite to win the Triwizard Tournament. But he got caught up in Voldemort’s plot to return to power and it was Cedric’s fate that signaled a dark turn for the Harry Potter saga.

This sixth scale articulated figure of Cedric Diggory features an authentic likeness of Robert Pattinson as the character outfitted in his Triwizard competition outfit from the final challenge.  Accessories include his wand, a flying broom, and the Triwizard Cup.