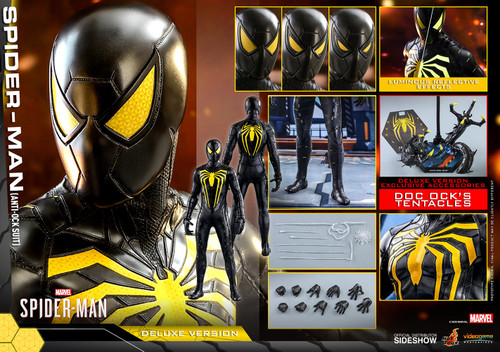 The Anti-Ock Suit is an original creation from Marvel’s Spider-Man video game, which allows fans to access the special resupply power upon the final battle. The Anti-Ock suit is an upgraded version of the Advanced Suit, made from the same material used on Octavius’ mechanical tentacles, giving Peter Parker amazing abilities to figure on par with the ultimate villain.

This Deluxe Version will exclusively include diorama accessories of Doctor Octavius’s mechanical tentacles with battle-damaged effects to enhance your display setting.

Team up with our web-slinging Spider-Man to face off against Doc Ock!