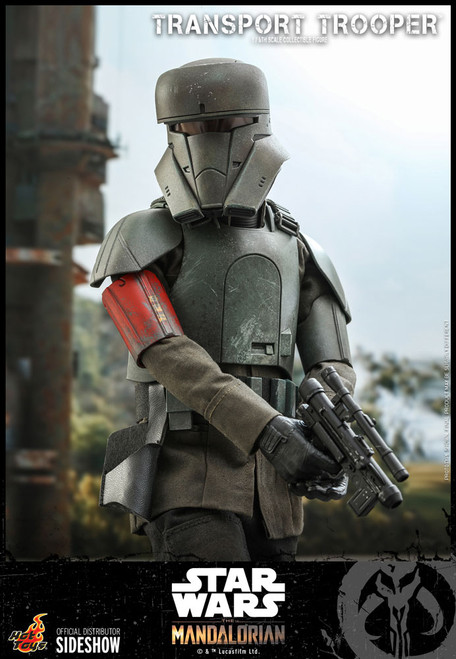 The highly-accurate collectible figure is specially crafted based on Transport Trooper as seen in The Mandalorian featuring skillfully developed helmet and armor, a fabric under-suit, a blaster, and a display base!