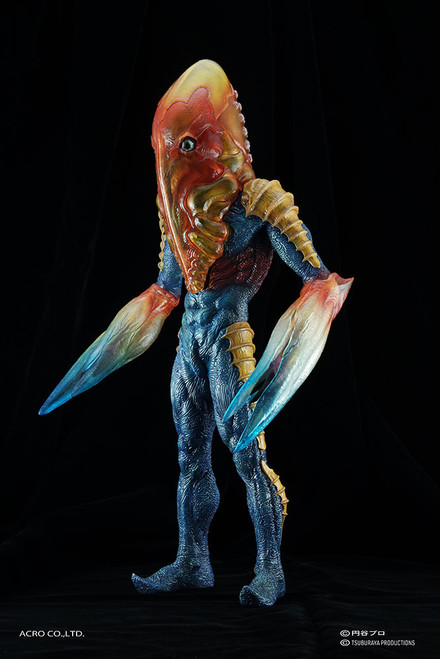 Sideshow and ACRO are proud to present the Alien Metron Nirasawa×Kaiju Remix Series. Designed by Nirasawa and sculpted by Junnosuke Abe (RESTORE), the statue features the aliens seen in Ultraseven.

Alien Metron planned for Earthlings to kill each other by red poisoned cigarettes, and finally the human species would perish….

Artist Nirasawa remixed the Alien Metron in his own style. After his death, Takeya, his best friend, helped to continue Nirasawa×Kaiju Remix Series.