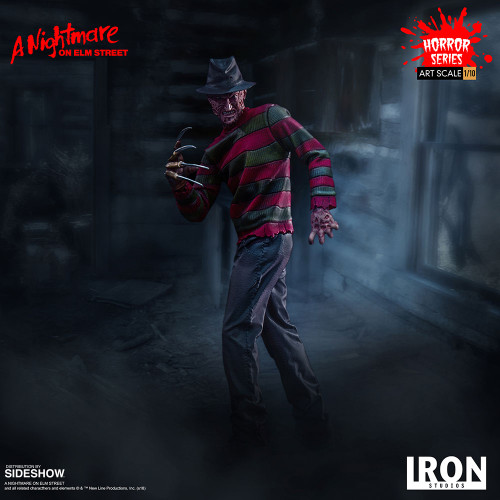 One of the greatest horror movie icons, Freddy Krueger is the central character from the Nightmare on Elm Street franchise.  As an assassin of children, he was burned alive by vindictive parents and returned as an evil spirit that kills teenagers in their dreams, also killing them in the real world. Immortalized by actor Robert Englund, who played him in nine films, Freddy Krueger is now the new addition to the Iron Studios Horror series 1:10 Art Scale line. This highly detailed statue comes in two versions, the regular and deluxe!