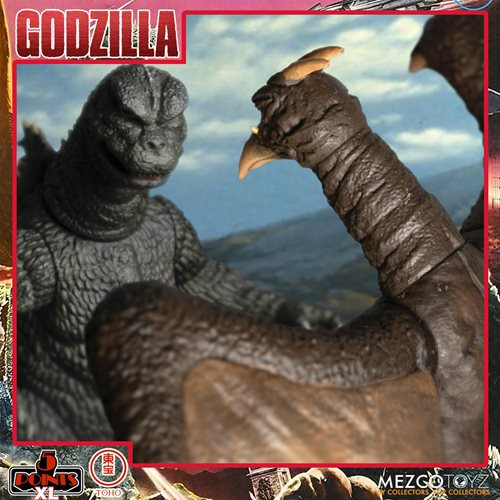 ABOUT THIS COLLECTIBLE FIGURE

5 Points XL - a colossal addition to The nostalgic 5 Points line with the same fan-fueled fun, but bigger! …It's a little bit of a big deal. The monsters are in revolt…and the world is on the brink of destruction!Inspired by the 1968 film, this colossal crate of kaiju can barely contain the beasts of Monsterland - Godzilla, Mothra, Anguirus, and Rodan!

LDD Presents The Addams Family (2019): UNCLE FESTER and IT by Mezco_NRFB