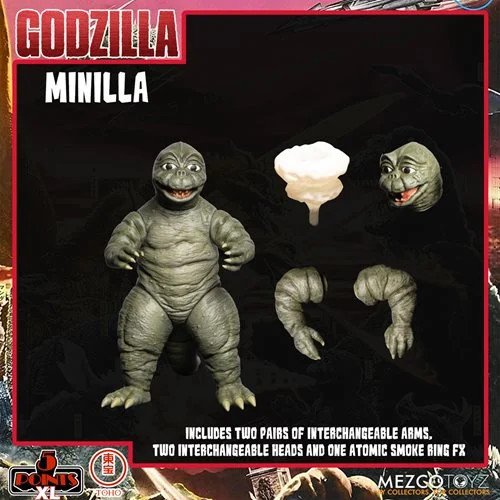 ABOUT THIS COLLECTIBLE FIGURE

Roar into action with this 5 Points XL - a colossal addition to our nostalgic 5 Points line with the same fan-fueled fun, but bigger! …It's a little bit of a big deal. It's an all-out attack of monstrous proportions as the battle against the three-headed kaiju king from outer space continues! This Series 2 bursting box of behemoths contains King Ghidorah, Manilla, Gorosaurus, and Baragon and includes select inter changeable heads, arms, legs, or FX. Ages 18 & up.

LDD Presents The Addams Family (2019): UNCLE FESTER and IT by Mezco_NRFB